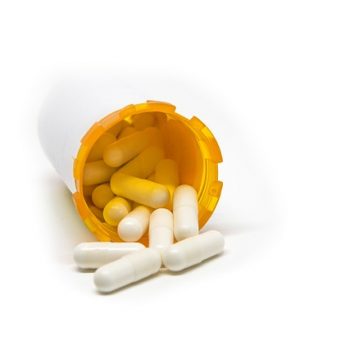 CoQ10 is a compound that the body makes naturally and uses for cell growth.  It’s a potent antioxidant that protects cells from damage that can lead to cancer. Genes, which are pieces of DNA, tell the cells how to work in the body and when to grow and divide. Damage to DNA has been linked to some kinds of cancer. By protecting cells against free radicals, antioxidants help protect the body against cancer. The amount of coenzyme Q10 in body tissues decreases with the aging process.

Animal studies show that CoQ10 helps the immune system to work better and helps the body to resist certain infections and types of cancer. Also, CoQ10  helped to protect the hearts of study animals given the anti-cancer drug doxorubicin.

Studies of CoQ10 in dogs have been extremely limited, but many veterinary cardiologists are recommending it. Cardiologists are a very picky (the good kind of picky) lot and they don’t tend to suggest supplements without having seen results.

Many diabetic people and rodents have been found to have less CoQ10 in their bodies than the healthy populations. CoQ10 has been shown to help insulin regulation in these cases, but as of this writing, studies in diabetic dogs are non-existent, or I haven’t found them.

Toxicity: Under the conditions of a Japanese study (see reference below) in 8 Beagle dogs, there lies the suggestion that Co10 toxicity was estimated to be more than 600 mg/kg/day. Obviously, pet owners would not feed such a great amount, if for no other reason than cost!

One of the controversies about this supplement is whether or not it needs to be encapsulated in oil. Because it’s a fat-soluble substance, several studies have focused on this and the results are all over the map, but many (some sponsored by the manufacturer of a product) suggest that it should be in oil. I’m not so sure because I’ve seen great results with the dry version in both dogs and people.

Unless a home-prepared diet for a dog needs to be low in fat due to pancreatitis, the diet itself provides plenty of fat. We add this supplement to food, so it makes sense to me that this is all it takes and we don’t need to spend the big bucks on other forms of CoQ10. But I really question how necessary it is for people (even though we swallow capsules with water rather than ingesting them with fatty foods), too.

I get migraines and my doctor suggested taking 100 mg of CoQ10 daily, but if I take the one encapsulated in oil, or too much of our own product, my migraines are worse and arrive more frequently. If I take 30 mg (1 capsule) both am and pm, migraines are under much better control. I’m not alone in this. Friends with migraines have told me the same thing. That wouldn’t be possible if the dry CoQ10 wasn’t being absorbed and interestingly, two naturopathic doctors I deal with have experienced this through their patients as well. What I know is what I’ve seen and experienced, and for my money, the dry version is certainly great.