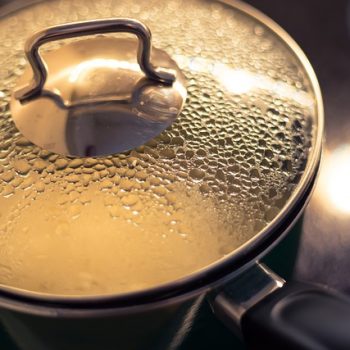 Our dog diets are specific to the individual. States of health, food tolerances and the dog parent’s circumstances impact this work. For example, diets for kidney disease must be lower in phosphorus. White rice, and especially the glutinous variety is extremely low in this mineral (and a great source of manganese) which allows some diets to include small amounts of other foods which would be impossible otherwise. This is important because inappetence is a part of kidney disease, so being able to use different foods can make a positive impact.

Rice is highly digestible for dogs and plays an important role at times, so we want to address a concern that some people may have.

Arsenic in rice made headlines many years ago.  In 2019, a research group at the University of Helsinki stated that dogs eating rice-based dry dog foods had higher hair arsenic levels than those consuming diets without rice. As alarming as that may seem, some arsenic in hair is normal since everyone is exposed to it in any diet, but the type of rice and preparation makes all the difference. 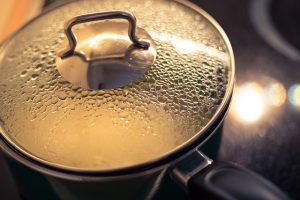 “ Inorganic arsenic content of rice varies greatly depending on the type of rice and where it was grown. White basmati rice from California, India, and Pakistan, and sushi rice from the U.S. on average has half of the inorganic-arsenic amount of most other types of rice.

Brown rice has 80 percent more inorganic arsenic on average than white rice of the same type. Arsenic accumulates in the grain’s outer layers, which are removed to make white rice. Brown basmati from California, India, or Pakistan is the best choice; it has about a third less inorganic arsenic than other brown rices.

Rice that’s grown organically takes up arsenic the same way conventional rice does, so don’t rely on organic to have less arsenic. ”

Rinse the rice until the water runs clear (our personal choice) and/or boil it in plenty of water as you would boil pasta, and then rinse.

Dogs don’t break down the cellulose walls of plant foods any better than we do. The difference is that we chew well which breaks down those walls. Dogs tend to be gulpers, so we need to break cellulose down for them by cooking grains.

To facilitate easiest digestion, boil 1 part rice in 3 parts water. The end result should be a very soft (overcooked for people). Does it pass the pinch test? Press a grain of cooked rice between thumb and forefinger. It should flatten without resistance.

Tip: Flavor rice by boiling it in 75% water ad 25% broth made without onions or garlic.