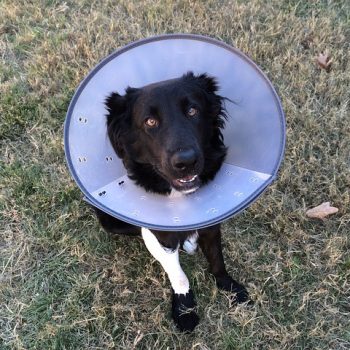 People, especially puppy owners ask me if I think that having pet insurance is a good idea. I suppose it depends on a lot of factors. How much money you have in case of medical care being necessary, how old your dog is, and what if any health conditions might be considered pre-existing. But let me share why I think that overall, pet insurance from a really good company is a life-saver …literally!

Tori is the third dog we’ve had insurance for. The first was Zoey who maxed out on gastrointestinal claims before she was 2 years old. Insurance coverage had paid for itself many times over by then. The same was true of her half-sister, Cassie. Then came Tori and I distinctly recall asking her breeder for the microchip number (the insurance company wanted the info) and being told that we didn’t need insurance because she was a healthy puppy. Well, maybe she looked like a healthy puppy, but in reality she had brain problems that were diagnosed with an $1,800 MRI when she was just 7 months old.It would have been considered a pre-existing condition had we not had insurance from the start.  The initial consultation with the specialist, MRI, follow up with the specialist and medications were covered (80% by the insurance company)

Luxating patellas: We saw the surgeon and opted not to have the surgery because of Tori’s brain issues, but the consult was covered (80% by the insurance company).

Hypothyroidism: Diagnosis, medication and rechecks – all covered by 80%

IMHA: Let me just say that there’s no way – repeat, no way- we could have afforded $30,000+ for all the specialist appointments (the least of those costs), constant lab testing and mega expensive medications even the first time Tori came down with this, but add in a relapse one year later, and you can see why we were giddy with relief about having pet insurance. It’s maxed out now for any blood diseases, but Tori’s still here!

Chronic UTIs: Too many to count, but all testing and medications could be claimed; two of which were multi drug resistant and medication alone was $2,000. I never knew a med for UTIs could cost that much! Add in the biweekly visits to the specialist along with urine analyses and cultures, and yep, Tori’s maxed out on that as well…so we considered dropping the insurance, but we had second thoughts – good call!

Dermatitis: Consultations with the dermatologist, creams, shampoo therapies et al – covered by 80 % and we haven’t maxed out yet.

Liver and gallbladder: This was a surprise!  Appointments with specialist, ultrasounds, medications – covered by 80% and not maxed out yet.

Heart: we haven’t needed the cardiologist yet, but that’s around the corner and will be covered by 80%

Dental cleaning: not covered, but given all of Tori’s challenges, nobody would touch those teeth until she’d had a cardiac ultrasound, and once they found that she had a problem on both sides of her heart, monitoring her during anesthesia became a bit tricky. In came the cardiologist, neurologist and internal medicine specialist to watch over her…can you say expensive? But other than the cleaning itself, 80% was covered by insurance.

The bottom line is that no dog in the world dies of health. Every single living being becomes ill at some point, and some diseases  have the potential of costing a fortune. Based on my experience, having pet insurance can make the difference between going bankrupt, having to put the dog down before it’s necessary, and being able to cope in some way. Before you ask, we’re with PetCare Insurance and I can’t say enough good things about them. Neither can I say enough about Tori’s team of specialists. Without all of them, Tori wouldn’t be here. And who could give up on this face? 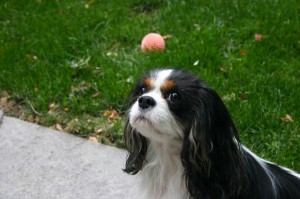