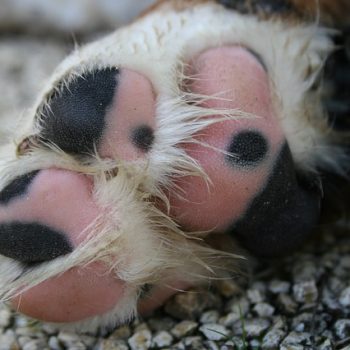 CoQ10 is a compound that the body makes naturally and uses for cell growth.  It’s a potent antioxidant that protects cells from damage that can lead to cancer. Genes, which are pieces of DNA, tell the cells how to work in the body and when to grow and divide. Damage to DNA has been linked to some kinds of cancer. By protecting cells against free radicals, antioxidants help protect the body against cancer. The amount of coenzyme Q10 in body tissues decreases with the aging process.

Animal studies show that CoQ10 helps the immune system to work better and helps the body to resist certain infections and types of cancer. Also, CoQ10  helped to protect the hearts of study animals given the anti-cancer drug doxorubicin.

END_OF_DOCUMENT_TOKEN_TO_BE_REPLACED 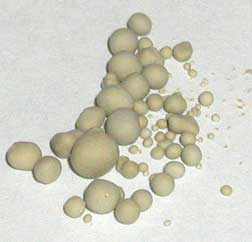 This past Saturday, I gave a private talk about home-made diets to prevent and deal with bladder stones to a small group of 33 people including breeders, veterinarians and vet techs. I’ve had good luck in dealing with dogs that develop bladder stones and a lot of it has to do with a focus on dealing with the current problems, but being as vigilant as possible about occurrence in the first place. My talk was followed by about a three hour question and answer period.  It’s great to see such enthusiasm from breeders and vets because both play critical roles in teaching the public.

The majority of my clients appreciate that generic diets (commercial, raw or cooked) may have contributed to the problem, so they tend to embrace my approach of looking at their dog as the unique individual he or she is. END_OF_DOCUMENT_TOKEN_TO_BE_REPLACED 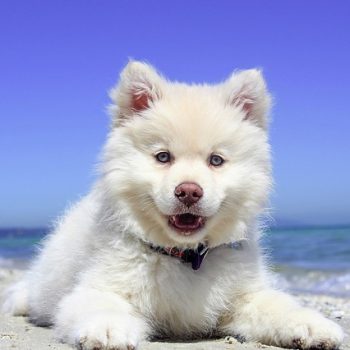 Most dog owners think of healthy skin as being that which doesn’t leave white flakes on the coat and isn’t scaly to look at. True enough, those two things are signs to look for, but how do you get there?

We know that the skin is an organ and it needs proper nutrition, but we don’t often connect this to water intake. Healthy skin minimizes the migration of moisture upward from deeper dermal tissues. Fatty acids in the skin do a good job of preventing water loss. In contrast, fatty acid deficiency can lead to a poor barrier, encouraging water loss, so the dog might drink a lot more water to compensate.

Protein is required for development of new skin, and while some diets provide ample amounts of protein, the quality matters. For example, protein from sources other than eggs, milk, fish or meats are of inferior quality. END_OF_DOCUMENT_TOKEN_TO_BE_REPLACED 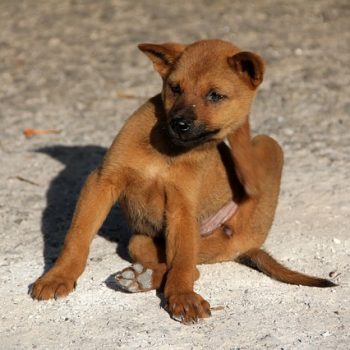 Despite the popularity of this myth, the fact is that adding brewer’s yeast or nutritional yeast to the diet does nothing to detract fleas. I’ve often been pointed to websites and books that make this claim and some people insist that they can prove it’s true. Their proof is that their dog never had fleas while ingesting this yeast. By that logic I can point to my Zoey who never ingested brewer’s yeast and never had fleas, therefore I could claim that not eating it kept fleas away. Obviously, it’s ridiculous at best!

Consider my Ming, who lived to be just shy of seventeen years, ate a combination of kibble and (healthy) human foods, and finally a prescription diet. He never consumed yeast, yet never had fleas despite being walked along the boardwalk (a beach area in Toronto that is known for heavy flea populations) almost daily. But these are only personal stories. The facts should hold more weight, so let’s look at them. END_OF_DOCUMENT_TOKEN_TO_BE_REPLACED 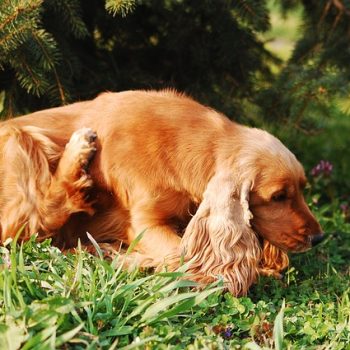 Numerous trials show that a combination of primrose oil and fish body oil (wild salmon oil is my preference) helps dogs with atopic dermatitis. I really like that science tries and often wins in pointing us in the right direction, but I think that observation has a place as well. For example, science asks how much of each fatty acid is the right amount and under what circumstances. Important questions, but are we going to sit around while a dog is mutilating him/herself until scientific knowledge provides an answer?

Veterinary dermatologists seem to have decided  not to wait. Most will supplement with essential fatty acids once the more obvious problems have been ruled out. No fleas, no mites, no bacterial infections, no yeast overgrowths, etc. Or, treat any of the above via medication(s) and shampoo therapies and if a problem remains, use essential fatty acids, sometimes in combination with particular vitamins and/or minerals. END_OF_DOCUMENT_TOKEN_TO_BE_REPLACED 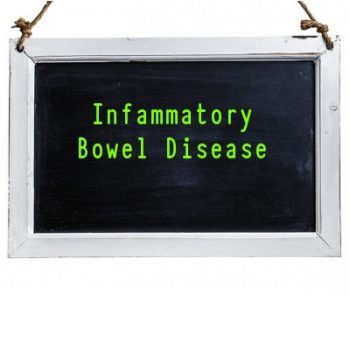 Also referred to as IBD, dogs with this disease have common symptoms although not all dogs will experience the gamut of them. Diarrhea, mucus in the stool, a sheath that looks like a sausage casing around the stool, vomiting, weight loss, noisy tummy sounds, refusal of food, hiding after eating…basically, a lot of obvious signals that the gastrointestinal tract is in bad shape and the dog feels poorly.

Most cases of IBD include food allergy which is why changing the diet to one or two foods (fresh foods, not commerciall diets) the dog has never consumed before usually works very well.  An allergic reaction includes inflammation and when the gut is inflamed, permeability often results. END_OF_DOCUMENT_TOKEN_TO_BE_REPLACED 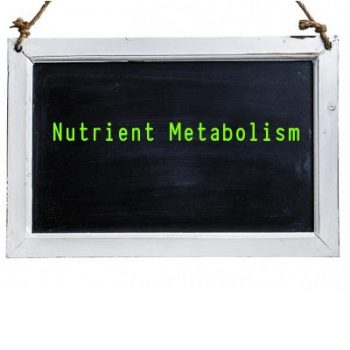 Some people fast their dogs for a day or more on a regular (often, it’s one day per week) basis. Here’s the skinny as regards nutrient metabolism while fasting:

Metabolic demands are ongoing and must be met despite that the flow of absorbed nutrients slows down between meals. This is a basic issue of supply and demand and the ebb and flow is based on the feeding interval imposed on a dog. During the intervals between meals, the dog must remobilize stored reserves in an efficient manner. END_OF_DOCUMENT_TOKEN_TO_BE_REPLACED 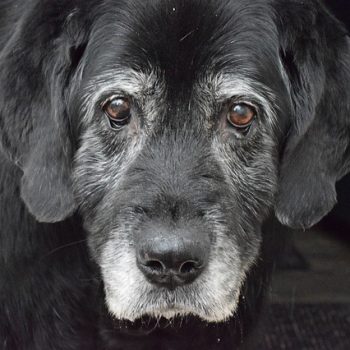 Arthritis doesn’t necessarily care if the dog is young or old, but the older ones are the most likely to have the problem and I have a thing for old dogs. They’ve given us their whole lives and now they need us more than ever.

Age is not a disease. Your older dog doesn’t need less protein in the diet – he or she needs more! END_OF_DOCUMENT_TOKEN_TO_BE_REPLACED 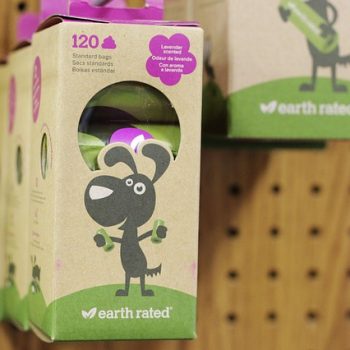 People send me a lot of emails about their dog’s stool. Sometimes, they send pictures of it. No, I’m not kidding. They want to know if the poop looks to be the right color, texture, etc. They’re worred (I get it) and even more so if they’ve read something on the internet about what the perfect stool looks like and Fido produces anything different from that.

The latest cause for their concern comes from a site that states healthy stool must be hard/firm and brown, but it must turn white within a day and disintegrate within two days. Anything other than that is considered to be bad. So, now we have not only a description, but a timetable to follow! Seriously?

Normally, stool is brown due to a series of reactions in the body, and to bacteria present. END_OF_DOCUMENT_TOKEN_TO_BE_REPLACED 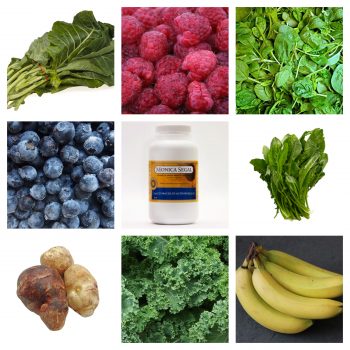 The excitement about prebiotics is deserved but overdone. It’s deserved because sometime in the mid ’90s a doctor in Brussels coined the term to describe something that’s very old but wasn’t understood all that well. It’s overdone because prebiotics have been around from the start. It’s just that we didn’t have a fancy name for sugar molecules that escape digestion and so, help to feed the good-guy bacteria in the bowel.

Probiotic bacteria aka good-guy bacteria (remember that acidophilus is proven in dogs whereas others are questionable at best) helps to crowd-out nasty bacteria.

Since prebiotics help to ‘feed’ probiotics, the former is often added to supplemental probiotics to keep the bacteria thriving. Not only is this not necessary if the probiotic is freeze dried, but many dogs can’t handle some of the common prebiotics being used. END_OF_DOCUMENT_TOKEN_TO_BE_REPLACED 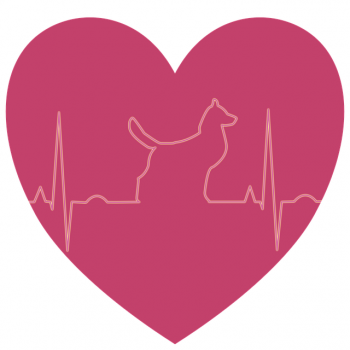 Some of the things that others consider to be more complicated may nevertheless be very worthwhile. This is the take-home message I got after reading the article I’m going to point you to, but the message isn’t new, really. I’ve never doubted the power of balanced home-prepared diets. What I find exciting is that it’s finally being recognized by scientists focusing on dogs.

Sometimes, when working with veterinarians, I’d wonder if they really believed in my approach or if they accepted it with a shrug. Now, having worked at this for so many years, I feel we (all of us) are coming to a better understanding of just how important a fresh food diet can be. END_OF_DOCUMENT_TOKEN_TO_BE_REPLACED 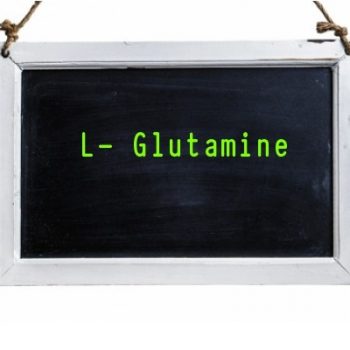 The general classification of amino acids is broken down into three categories. Essential amino acids are called essential because the body isn’t able to produce them, so they have to come from foods. 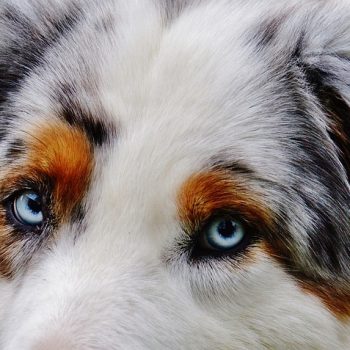 Taurine is an amino acid known for heart health, but it also has a role in eye health. The body can manufacture taurine from other essential amino acids in the diet, so it’s been considered an unessential amino acid for this reason. In other words, as long as the diet provides sufficient amounts of all essential amino acids, we shouldn’t have to worry about taurine. But that turns out not be the case for all dogs, or even for people.

Some breeds show a taurine deficiency even when the diet is great, and some individual dogs, no matter the breed do, too. Another interesting consideration is that more taurine seems to be needed when there is emotional or physical stress. END_OF_DOCUMENT_TOKEN_TO_BE_REPLACED