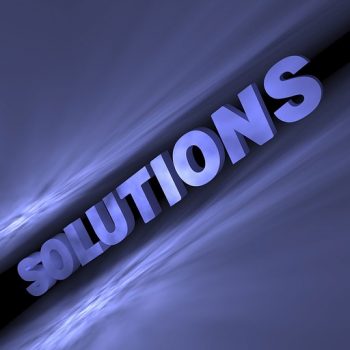 Sometimes medications are the best solution, and sometimes a natural approach works so well that meds are avoided – my favorite scenario!. Here are a few things that work really well for a lot of dogs:

In all cases: it can be due to parasites, indiscriminate eating, GI diseases…you need to know the “why”. But for the odd bout of the poopies, fasting the dog for 12-24 hours rests the GI tract. Some people say it’s not necessary, but I find it really helps because the more you feed, the longer the system seems to stay on auto-pilot to flush everything out. Keeping the dog hydrated during a fast is critical though. Encourage water consumption, and if the dog refuses, try adding a bit of chicken broth (skim any fat).Diarrhea combined with vomiting = vet visit, sooner rather than later.

1. Next step: Combine a very low-fat meat like skinless turkey breast, or skinless chicken breast with some pumpkin, or mashed banana (over-ripened only!). You can try feeding white rice in lieu of pumpkin, or banana, but if your dog doesn’t do well with grains in general, rice may be best avoided.

Add slippery elm to the mixture. I used to make slippery elm gruel/syrup, and found that it did nothing to help Tori (in fact it doesn’t help all dogs to begin with), but now I use some of the powder mixed right into her food. Presto! Stool starts to firm up and is back to normal within 72 hours. By the way, most dogs get rid of the poopies faster when fed cooked meat/poultry at first. I’m not sure why that is, but it’s been a fact for all the years I’ve been working with dogs. They seem to handle a raw diet once again after the diarrhea is gone, and it’s not like they can’t heal on a raw diet, but it takes longer.

2. Metamucil aka psyllium husk/seed powder – wait! – I can explain! People take this product to umm…get things moving, so why on earth would be we give it to a dog with messy stool? The fact is that psyllium abosrbs a huge amount of water which is why we take it with water and need to drink plenty more. Otherwise, stool becomes bulky and hard and difficult to pass at best. When added to a dog’s food without adding water, it will absorb some of the moisture in the bowel which is exactly what we want. Stool becomes bulkier, and more solid. About 1/2 tsp for a 15 pound dog (to test for tolerance) and if things aren’t worse, I’d increase to 1/2 tsp. twice daily. You have to play with the dose a bit. Just like slippery elm, reaction can be different for each dog. An added bonus: this type of fiber helps to fuel the good-guy bacteria in the bowel. It’s a win-win.

3. Mint tea. For mild cases of diarrhea, mint works as an anti-spasmodic and helps to firm stool. Adding some brewed tea to chicken broth helps to tempt the dog more so than offering tea alone. Adding fresh or dried mint doesn’t work well (wrong kind of fiber). You can offer the tea several times daily.

4. Probiotics, and not just any probiotics. It’s always made sense to me to use something that’s prominent in the gut of healthy dogs, and since nobody knows all of the residents in the dog’s gut (no matter the claims), it’s not very surprising that I see success with this almost every time. Be sure there’s no dairy in the product.

5. When diarrhea happens now and then, and assuming there’s no disease process chances are that diet isn’t at fault. But if it happens too often, you should consider that something in the diet is problematic for the dog. Try a lower fat content, novel foods, more or less fiber, be certain the diet is balanced (you’d be surprised how even one mineral can affect stool quality),cooked vs raw diet, raw vs cooked diet…something needs to change because as the old saying goes “if you keep doing what you’re doing, you’ll end up where you’re heading”