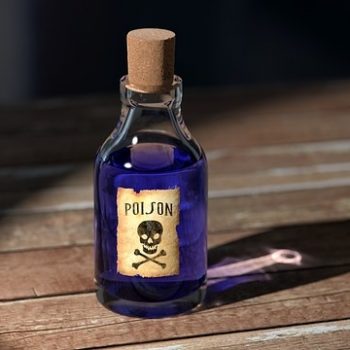 Many people think that xylitol is an artificial sweetener, but it’s not, and that’s a problem in so far as understanding a label. Due to it being a natural part of fruits and veggies, it might be listed as “natural sweetener“, or “sweetened naturally”

Some nut butters (not just peanut butter) have changed to include xylitol, a natural alcohol sweetener. Xylitol is poisonous to dogs, causing liver failure and dangerously low blood sugar.

Note: Not all natural alcohol sweeteners are a health risk for dogs, but if all the label states is “sugar alcohol” without stating which one, you’ll want to keep it away from dogs.

Chocolate contains both caffeine, and theobromine which can cause an increased heart rate, hyperactivity, tremors, and death. Dark chocolate is the most toxic, so it doesn’t take much to create a serious outcome.

Both can cause kidney failure in dogs.

Ingestion of onions causes a condition called hemolytic anemia in dogs. The damaged red blood cells can lead to death.

The ingestion of garlic can also lead to hemolytic anemia, but based on studies, it seems to take a large amount. Of course what one person thinks is large another may not. I suggest dog owners consider the possible risk vs. benefit scenario before making a decision.

From cough and cold medications which sometimes contain acetaminophen, to NSAIDs (Advil, Aleve and Motrin for example), and decongestants, all of these can cause kidney failure, liver damage, and serious gastrointestinal problems.

This one seems like a no-brainer, but it can also apply to the mouse a dog eats if that mouse consumed poison. The result can be internal bleeding, kidney damage, and seizures.