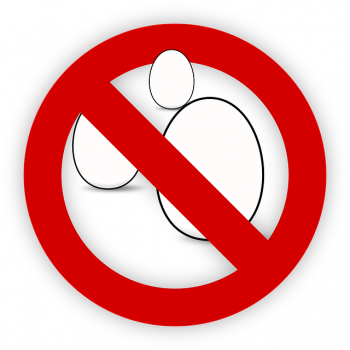 A food allergy involves the immune system. Think peanut allergy in people, for example. BIG reaction! The immune system has a memory like no other, so an exposure to the allergen will cause a reaction every time. In dogs, you’ll see this as excessive scratching, chewing paws, biting of flanks, and there may be ongoing gastrointestinal trouble.

An intolerance to a food (think lactose intolerance) will also cause a reaction, but the immune system is not involved. You drink some milk, have some pain and diarrhea and then it’s over. Unlike an allergic reaction which causes the body to send off chemicals to protect itself from what it believes is a foreign invader for weeks to months, an intolerance ends once the offending food has been removed from the diet.

So what? Why does the difference matter?
It may not necessarily matter all that much in the real world because the goal, no matter if this is an allergy or an intolerance is to have the dog feeling well. We need to remove the offending food and never feed it again. When allergy is present, and inflammation happens, there may be a temporary need for medication to decrease that inflammation. Where it can matter more is when we throw a bit of knowledge into the mix.  For example, say you feed beef and the dog seems fine. You feed more beef and the dog gets diarrhea. Assuming the dog is healthy (no parasites etc), you could be seeing an allergy (exposure to the antigen needs to happen two or more times before an allergy develops), or an intolerance to the fat content of the beef or the diet as whole now that beef was added. Another curve ball: there’s some cross-reactivity between beef and bison, so say you feed bison instead. If the dog reacts, it’s unlikely to be to the fat content of bison alone (it’s fairly lean). The same is true of poultry. A dog who’s allergic to chicken may also be allergic to turkey, but that’s not carved in stone.
The best way of determining which foods agree or disagree with a dog is to try feeding them. Keep the diet simple by replacing one food with another and keeping a diary. Food allergy can develop at any time, but chances are you’ll see it sooner rather than later. Most dermatologists agree that an allergy is likely to be seen within 14 days of feeding a new food. Our Tori reacts on day 10. You can set your calendar to that. This doesn’t mean that seeing a reaction on day 20 translates to it not being an allergy, but somewhere in the vicinity of 2 weeks is common.
What about food allergy testing? Save your money. The results are unreliable to say the least. In fact, they can show the opposite of your dog’s reality. Why? Because they measure antibodies and your dog produces some once s/he has been exposed to something. But being exposed to a substance doesn’t mean the dog reacts to it. The more often the exposure occurs, the higher the “allergy reading”, but if your dog has been exposed to say, turkey in her food every day, the reading will be high even though she’s been doing beautifully on turkey. Conversely, if your dog has never eaten fish before, she’s likely to test negative for fish. This doesn’t mean that she won’t react a few days after eating fish.
What to do? Keep to a simple diet of two foods and test things out one at a time. It may be tedious, but it brings results.