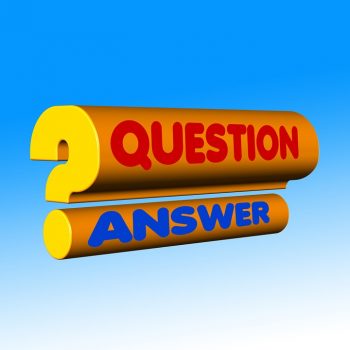 Here are some of the most common questions I received last week:

Q: What is elemental calcium?

A: Every calcium source (egg shells, calcium citrate, etc) includes a percentage of pure calcium (the stuff that’s going to be absorbed). “Elemental” refers to the amount of real calcium – the amount that counts.

A: I’ve sent egg shells to a lab for analysis and checked with universities teaching poultry studies, and the bottom line is that it depends on the egg shell we’re talking about. The theory is that 1 large egg shell provides 2,000 mg of elemental (there’s that word again) calcium, but the truth is that it can vary. Some provide 1,800 mg of elemental calcium and others as much as 2,100 mg. Some of this depends on what the chicken ate and how she lives. Egg laying chickens that receive direct sunlight and are free to range tend to produce the eggs that have a greater amount of calcium in the shells, but the exact amount isn’t carved in stone.

Q: Can I use beef  liver as the source of vitamin D?

A: You’d have to feed an awful lot of it. There are only about 16 IU of vitamin D in 3 1/2 oz of beef liver. Not nearly enough for even a 15 pound dog. But there are about 9.75 mg of copper which is large (much too much) amount. So, you wouldn’t want to use beef liver as the sole source of vitamin D, but it can certainly be part of a healthy diet. 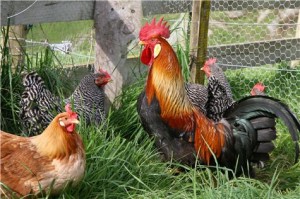 Q: Friends in the U.S. keep warning me about hormones in chicken meat. Do chickens in Canada include hormones?

A: No, and neither do chickens that are grown in the U.S. Neither are they allowed in hogs, turkey and other poultry. Cattle and sheep that are not raised organically are, unfortunately, another matter.

Q: Are Omega 3 eggs worth the price?

A: Yes, in a way. That is, they do contain more omega 3 because the chicken feed can include flax seeds, but depending on where you look for information, you’ll find that the difference in omega 3 content can range anywhere from respectable to barely worth mentioning. Best bet: organic eggs from chickens with access to the outdoors (usually fenced in) where their natural feed includes bugs, worms and grass (sprouted grain in the cold of winter). There aren’t any antibiotics given to these chickens, whereas regular omega 3 eggs can come from chickens that haven’t lived much of a life and have been given antibiotics as well. The organic eggs that I’ve had analyzed had respectable amounts of omega 3 as compared to regular eggs.

Q: My dog’s diet doesn’t need a lot of vitamin B supplementation, but it needs some. Can I give him a tablet once a week?

A: Best bet: give the right amount daily. B vitamins are water soluble, so your dog is excreting the excess, but can be deficient on the days when the diet isn’t providing enough of a certain B vitamin.  The roles of B vitamins are critical and vast. There’s no body function I can think of that doesn’t include B vitamins, so I really favor feeding them daily.