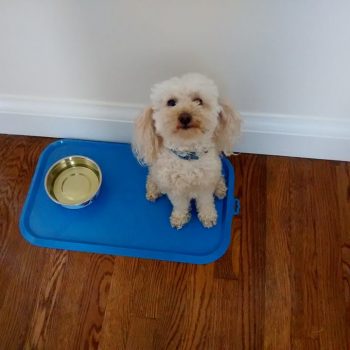 Animal feed is a different story. The following are a few of many examples of materials that fall under the definition of animal feed: meat and bone, fish meal, hydrolyzed feather meal, soybean hulls, fat and grease ( animal, vegetable, blends, restaurant grease/”yellow grease”) vitamin supplements, flavors, extracts, rumen by-pass, probiotics…and a whole lot more. Some sound like food. Meat and bone, for instance. Some, like vitamin supplements, sound ok. Most people have a harder time with the other things listed.

Despite that dogs have been eating animal feed for years now and they’ve reproduced well, lived longer…people still cringe when they think about feeding their four legged family member things like hulls, restaurant grease, etc. Neither are they comfortable with the pet food recalls that seem to happen again and again. Or has that changed? Have people become so accustomed to the problems that they simply accept things more easily these days? I’ve seen changes in attitude and frankly, it baffles me.

For example, if someone has two dogs and one survived 4 years longer than expected after being diagnosed with heart failure, why isn’t the other dog eating a home-made diet as well? I’m told it’s because that dog isn’t sick. Seriously? Are we waiting for a dog to become sick before feeding him a home-made diet? What happened to being proactive?

I’ve heard of people beating the bushes for a new kibble and certainly there are more and more available. But then we have buy-outs of companies, more recalls, claims of fairly crazy proportions being made by some companies  (how does anyone make a profit if all ingredients are organic, yet the food costs only pennies more than others?…I’d like to have access to those farmers myself!), and it’s not a much saner world in the commercial raw and cooked circles. I had one person tell me that they’ve been feeding a raw diet (some of this and some of that and it would balance over time – or not) to their dogs for 25 years and the dogs have always been brilliantly healthy. Really? So, the dogs that died must have died from health! I’m just not sure when we gave up on caring enough to do the work involved in feeding a properly balanced diet and doing so for each dog as an individual. It’s not that difficult.