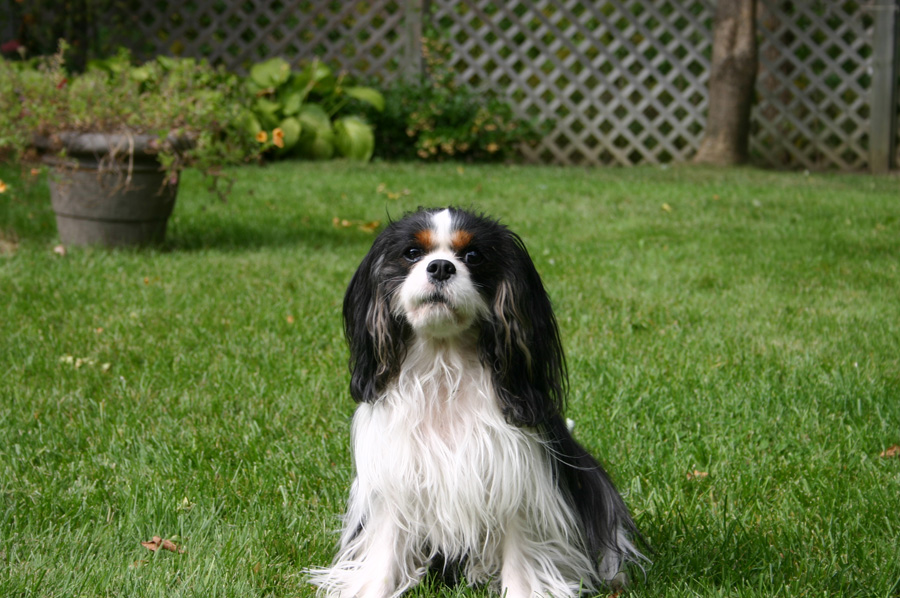 The weekly ritual of blood work to check her red blood cells, buy medications, check for UTI (more on this later) amounted to approx. $42,000 over a period of 4 1/4 years. This is why I say that the first lesson is about pet insurance. If not for that there would have been no other lessons because our reality includes an inability to pay that amount. So, thank you Pet Care Insurance! 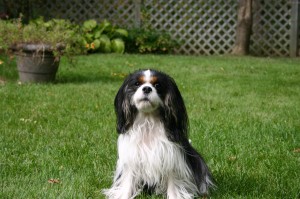 Thyroid: I know that many people (I was one of them)  run a lot of tests (very full thyroid panel) to find out if our own dog is hypothyroid (abnormally low activity of the thyroid gland) . In the holistic circle this is almost common practice, and many dogs are diagnosed as being hypothyroid. It can be a dangerous belief system based on iffy science.  Many dogs have been erroneously diagnosed with hypothyroidism and have been on medication for years. Tori ended up as hypERthyroid (abnormally high activity of the thyroid gland) which is very rare in dogs. It happens if there is a tumor, or the dog is over medicated, but few people think about it if the dog was ok for a few years. So they begin to look for the cause behind weight loss (as in Tori’s case), poor skin and coat, etc. Blood tests, ultrasounds…all for nothing because what had happened was over medication. The bigger issue is that a thyroid that runs as high as Tori’s did can cause countless issues including deadly ones like a heart attack. Thankfully it didn’t happen, and everything returned to normal once the thyroid medication was discontinued. The test that actually told us the truth about thyroid is called a T4 by equilibrium dialysis. Nothing else, not even those large panel tests are as definitive as this one. Thank you Dr. Dawn Martin and Dr. Mike Cormier for helping Tori to teach truths as opposed to belief systems.

UTI: There are silent UTIs. That is, the dog may have symptoms, sometimes only tiny ones and even sporadic. A regular urinalysis shows no bacteria. Yet, urine drawn from the bladder and cultured will indeed show it. Sometimes even a free-catch urine sample will show bacteria if it’s cultured, but because a free-catch sample can be contaminated with bacteria from the skin, it’s not ideal and not acceptable by most specialists. The key though is to culture it! A dog that has a UTI for a long period of time can have kidney trouble because the bacteria can reach the kidneys. However, any infection that’s left untreated is a real threat in another way. The immune system will try to destroy the infection, and if the bacteria clings onto red blood cells, the immune system can be driven to destroy those blood cells as well as the bacteria. Now that it’s been over activated so-to-speak, it continues to destroy red blood cells even though the UTI has been successfully treated. The key is UTI prevention. Cranberry is helpful, but not nearly as much as when it’s combined with D-Mannose. There are many products on the market that combine the two, and Tori was given each and every one of them. The only one that actually did a remarkable job was this one by Quest. There is nothing like it for fighting e.coli UTIs which happen to be the most common. I now use this product for almost all dogs. If not for Tori, I’d have never known that this could make such a massive difference.

Gastrointestinal: Thankfully, Tori tolerated even the tough medications really well, but at one point she had bad stool and weight loss and while we were trying to investigate the cause, I gave her slippery elm powder gruel. It did nothing to help her, and yet using the powder alone did. So, not all dogs benefit from the gruel. Many (as I found out via dogs I worked with) actually do better on the powder. I used the NOW slippery elm capsules, and added 1/4 capsule to her food once daily. If you buy this through iherb.com and it’s your first order with them, feel free to use my discount code http://iherb.com/?rcode=SEG722

What helped as much if not more was Antioxidant Booster which I tried only because it had worked for some clients’ dogs when they had odd bouts of sloppy stool (it’s not a product I use for all GI issues though). I don’t know why it works, but am grateful that it does. Maybe it’s the fiber, the tannins…not sure that it matters because we were getting pretty desperate to get the GI tract calmed down by that point. There’s another good point to this product and that’s that it provides ellagitannins which fight cancer. That was a really big deal because some of the meds taken could cause cancer and I wanted to do everything possible to avoid it. You can read about ellagitannins in this newsletter .

Acidophilus had always been added to meals because it can be helpful against UTIs as well, so this remained part of the daily supplement routine while she had GI trouble. I found that using it once daily worked best.

The GI trouble was due to Tori having become hyperthyroid, but before knowing this we tried deworming, Metronidazole…our heads were spinning because this was so unusual and she was now losing weight. There were whispers about the possibility of cancer. And all because of thyroid medication that wasn’t needed, but I digress. We tested for pancreatitis via the much applauded  caninepancreatic-specific lipase (cPL) test. It came back as positive for pancreatitis which threw us off a bit because yes, stool had become a mushy mess now, but Tori was energetic, hungry, not vomiting…it just didn’t look like pancreatitis. Dr. Martin (the internal medicine specialist who is nothing short of a miracle maker) said she was not in love with this test because it was overly sensitive. Her experience strongly suggested that any GI inflammation can cause this test to come back as positive. She was right. The proof came by way of  perfect stool once Tori’s thyroid med was discontinued for a couple of weeks. So, testing is all fine and good, but understanding the possible glitch with a test result is too. Just because people tout a certain test doesn’t mean they understand what might be wrong with it.

Proactive nutrition and supplements: IMHA can bring deadly issues to the table, but the medications needed can as well. The liver becomes compromised, so a liver-friendly diet is a must-have in my opinion. Calcium oxalate crystals and stones become a real threat, so the diet formulation must consider this as well. The highest quality, purest, cleanest wild salmon oil is critical because the medications will affect many things including skin, but the body is less able to deal with day to day bacteria, fungus, impurities, etc. This is what immune system suppression does, and yet the suppression is the only thing that can help these dogs to survive. So, a clean diet (all organic if possible, but at least avoid the dirty dozen!) and seriously pure supplements are not optional. Nothing proves this more than a very seriously compromised dog.