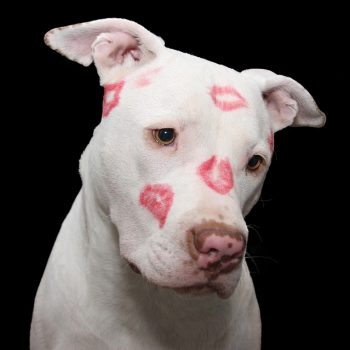 Dogs can need dietary help for many reasons including being able to find a forever home. Anyone working in rescue knows this. It’s difficult to get a dog adopted into a good home if that dog has ongoing gastrointestinal troubles and that include anything from diarrhea to bloat, or is in kidney failure, liver failure, etc. There aren’t all that many people who will take on the financial and emotional challenge of a dog like that. My role has been to minimize the problem by dietary means, but even that can make it difficult to find an adopter because not everyone is willing to prepare a home-made diet. So, what do you do when you need to continue feeding a commercial diet, but improve things enough to make the dog more adoptable? Here are some of the dogs on my roster who ended up being adopted and treasured. They make my day whenever I think of them.

1. Hamlan is a male GSD who had mushy stool. His diet was changed to a canned version and 1 teaspoon of unflavored Metamucil was added twice daily to his meals. Stools became perfect.

2. Avy is a male Terrier x Lab who was too jumpy to be nice to most people. Fortunately, an astute trainer thought he might be reacting to a dietary problem and indeed he was. We changed the diet to less protein and presto – calmer Avy.

3. Kash is a Border Collie who scratched himself so much that he kept getting sores that would infect. Although treating the sores worked, he was never well enough to be shown to many people and went into a foster home for a while. Foster mom wanted to cook for Kash and although there was no guarantee that an adopter would want to do the same, it seemed reasonable to try. We changed his diet to elk (foster dad was a hunter with a lot of elk in the freezer) and sweet potato with a nice amount of wild salmon oil and supplements to balance the diet. Kash was a new boy 5 weeks later. No more excessive scratching, gorgeous coat, and a new family…well, not so new because his foster parents adopted him.

4. Bandi is a female Maltese who was so overweight that she could barely walk. Her hefty 11 pounds were sitting on a frame that should have supported a 5 pound dog according to the vet. We added vegetables to her canned meals in order to provide fiber which made her feel fuller without adding many calories. Green beans are used by many people for this purpose, but Bandi would have diarrhea when they were fed, so we used a combination of boiled and mashed carrots and turnips instead. Treats were slivers of apple only. She was svelte and lovely within a few weeks.

5. Sloan is a male GSD with a tendency toward all kinds of GI problems. This is fairly typical of the breed, but Sloan had an added “plus” and that is that he would bloat. We changed his diet which helped somewhat, but not enough, so we started using slippery elm bark gruel. This worked a small miracle because not only were the GI problems fewer (diarrhea was less often and less severe), but Sloan stopped bloating. I have to admit this was the first time I’d seen it help against bloat, but it wasn’t the last. We began using digestive enzymes, acidophilus, and L-Glutamine, introducing one at a time. Sloan responded beautifully and found his new family after having waited to be adopted for many months.

Whip 1 tsp powdered slippery elm bark into 1/2 cup cold water. Simmer over low heat, stirring constantly for about 2 minutes, or slightly thickened. Cool and place in fridge for as long as 4 days.
The GSD weighed 70 pounds and was given 2 tsp. with each feeding twice daily. Some dogs may need a little less or a little more per pound of bodyweight, but all should be under the supervision of a veterinarian because slippery elm can impede absorption of medications. In this case, it may be necessary to feed it away from medications, on an empty stomach, or whatever directive the veterinarian provides.